Anderson, IN (September 10, 2019) — More than three dozen wooden memorials mark places motorcyclists have died in crashes across Madison County and remind drivers to be mindful on the road.

For the last three years, nonprofit Madison County Biker Died Here has built and erected wooden memorials for fallen bikers to help ease the minds of families who’ve lost their loved ones.

Nathan and Andrea Pershing said they lost their son Ridge Pershing, 18, at on May 31 at South Scatterfield Road and 53rd Street. 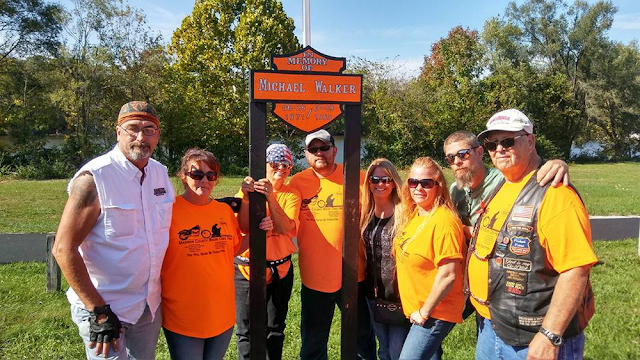 “It was Friday evening. He was just driving straight down the road and had a car turn in front of him, and we don’t know if he didn’t see the car or if the car was turning at the last minute,” said Nathan Pershing. “He didn’t have a chance to do anything, but he hit the side of the car and lost his life.”

Josh Shepler, 36, was killed on 38th Street on the same day. His father, Steve Shepler, told News 8 that he was hit by a trailer.

“He only worked 4-5 miles from his house. On his way (to work), a vehicle went to turn into a trailer port here in town and didn’t see him and he T-boned her,” Shepler said.

The nonprofit raises money through various rides and events throughout the year to memorialize fallen bikers. They ride together where the accidents have happened to pay their respects and erect the memorials. So far, 41 memorials dot the county.


“Thankfully, within just a day or two, we started getting notifications from this group saying ‘We’ve got this, we’re gonna take care of this. We don’t know your son, but he means a lot to us,'” Nathan Pershing said.

“There were roughly 150 people on the ride and between those 150 people, the biking community raised $9,000 for the club. That’s the biker community,” Shepler said.

“I lost my son on a bike, but these people right here they would do anything for you and to me, people should look up to these people,” Brandy Neff said.

The memorials have brought comfort to families and awareness for drivers.


“Every time I drive by that intersection I take a second to myself and I say, ‘Man I love you, buddy. I miss you dearly,'” Nathan Pershing said. “It’s great to be able to drive by it and see it, but it’s really a shame that we have to.”

The Pershings hope their son’s memorial is a reminder for those behind the wheel.

“Watch what’s going on around you, take the second look. Everybody seems to be in such a big hurry nowadays,” Shepler said.

The Madison County Biker Died Here group will have its next fundraising event Sept. 15. 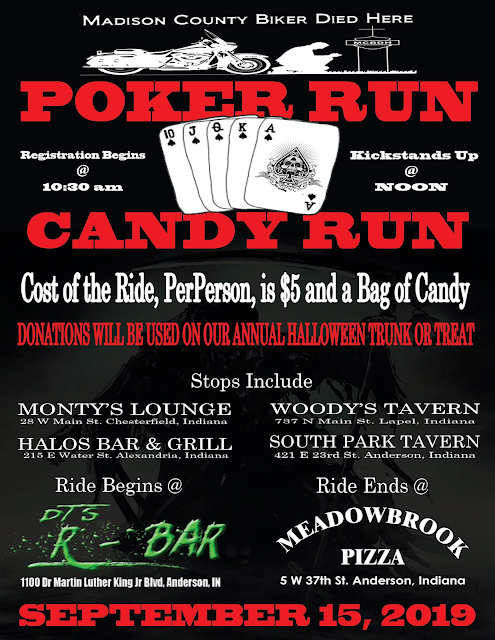