Greenwood, IN (May 13, 2019) — A Greenfield, Indiana man that runs an organization that restores veterans gave markers in Indiana was in Greenwood Saturday. He was assisting a veterans group with cleaning century-old grave markers belonging to Civil War Veterans.

Raymond R. Brown, a disabled veteran of the Vietnam war dedicates his time to restoring Veteran markers in cemeteries throughout Indiana. He is the director for Mission Restore Bronze Indiana and restores Veteran Markers at no charge whatsoever to the family. 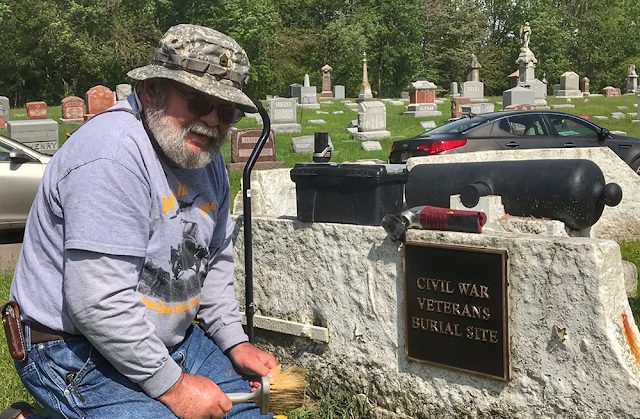 On this particular day, he brought his trailer and equipment to Greenwood to assist the Sons of Union Veterans of the Civil War.

Every year, on the second Saturday in May, the Sons of Union Veterans of the Civil War Benjamin Harrison Camp No. 356 clean gravestones at historic cemeteries around central Indiana. Most members of the organization, whose main focus is educational programming, have ancestors who served in the war.

The SUVCW is a fraternal organization dedicated to preserving the history and legacy of heroes who fought and worked to save the Union. Organized in 1881 and chartered by Congress in 1954, it is the legal successor to the Grand Army of the Republic. 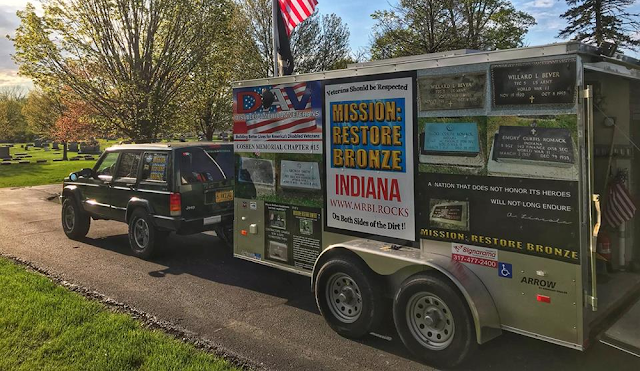 This year, Mike Beck, a member of the Benjamin Harrison chapter and former state commander, recommended a graveyard minutes from his home — the old Greenwood Cemetery off Main Street, just west of U.S. 31. He visited the cemetery to check on the condition of two Civil War cannons, and realized many of the gravestones nearby could use some work.

Together, six men in their 40's, 50's and 60's spent much of the day on their hands and knees scrubbing and treating 25 to 40 Civil War gravestones throughout the cemetery. They also had plans to reset one or two that had sunk into the ground or fallen over. 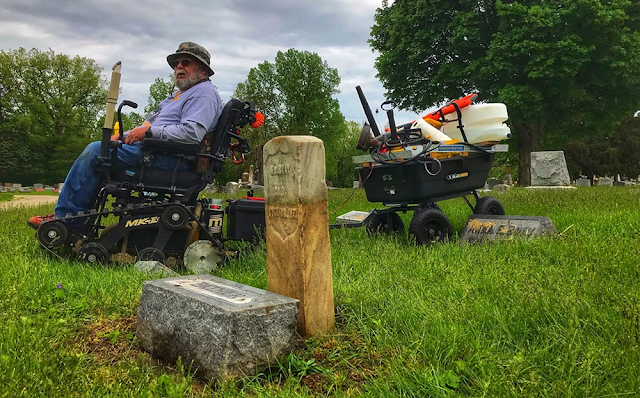 Most of the men who help clean and restore the gravestones have gone through a Department of Natural Resources course on cemetery and stone restoration, he said. They learn how to clean and reset stones without causing any harm to the historic markers.

“We try to be as gentle as we possibly can,” said Tim Beckman, Department of Indiana commander for the SUVCW. Using nylon materials — gloves, brushes and scrapers — they removed algae and dirt from the old stones, then rinsed them with D-2, a special solution that’s used in national cemeteries.