Beech Grove, IN (January 15, 2019) — In the Gilded Age, Indianapolis was at the heart of manufacturing and a large player in the burgeoning bicycle industry. The famous founding fathers of the Indianapolis Speedway all had their hands in said industry prior to the shift in their interests to align with automobiles.

Yet out of all of them, it was actually Arthur C. Newby, the quieter of the quartet who actually put forth the foundation to make Indianapolis the racing capital of the world. 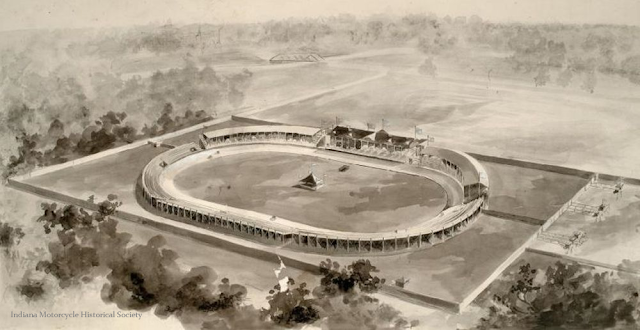 The Newby Oval in Indianapolis, Indiana

Arthur C. Newby halied from around Monrovia, Indiana and spent much of his youth in California prior to moving back to Indiana. Initially he worked as a clerk and made his way up in Dickson Trade Palace and soon thereafter began to form the ZigZag Club, a wheelman’s (bicycle) club.

In 1890 Arthur Newby and a few contemporaries started the Indianapolis Chain and Stamping Co. (Which would later on become Diamond Chain Company.) During this time his involvement with the bicycle industry and formation of the ZigZag Club allowed him to become friends with the other founders of the Indianapolis Speedway. 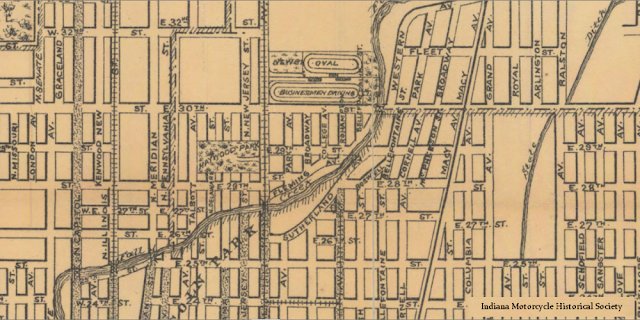 Map of where the the Newby Oval used to be located

The group’s enthusiasm over bicycling veered into racing and Newby saw the Newby Oval as a means to attract the League of Wheelmen to Indianapolis and turn the city into a bicycle mecca. In 1898 the Oval was constructed and could seat 20,000 spectators and declared a marvel in bicycle racing. In August that same year the 19th Annual League of Wheelmen meet was held at the Oval.